After further deliberation and consultation with the Office of the Vice Chancellor for Student Affairs, the UPCEd CSEB, in a meeting held on 18 April 2017, resolved to proclaim the following as UPCESC Councilors for AY 2017-2018:

The UPCEd CSEB initially announced the holding of a special election on 27 April 2017 on account of the above-mentioned candidates being unable to secure a vote of confidence (50% + 1 of the total number of students who voted).  In light of an appeal emanating from the Student Alliance for the Advancement of Democratic Rights in UP (STAND UP), the Board consulted with the Office of the Vice Chancellor which released the attached official communication stating “that the said plan is no longer necessary” due to the two reasons specified therein. To fill the two (2) other available councilor slots, the College Board of Representatives will convene to discuss and agree on the mechanics to be adopted.

Please be guided accordingly. Thank you. 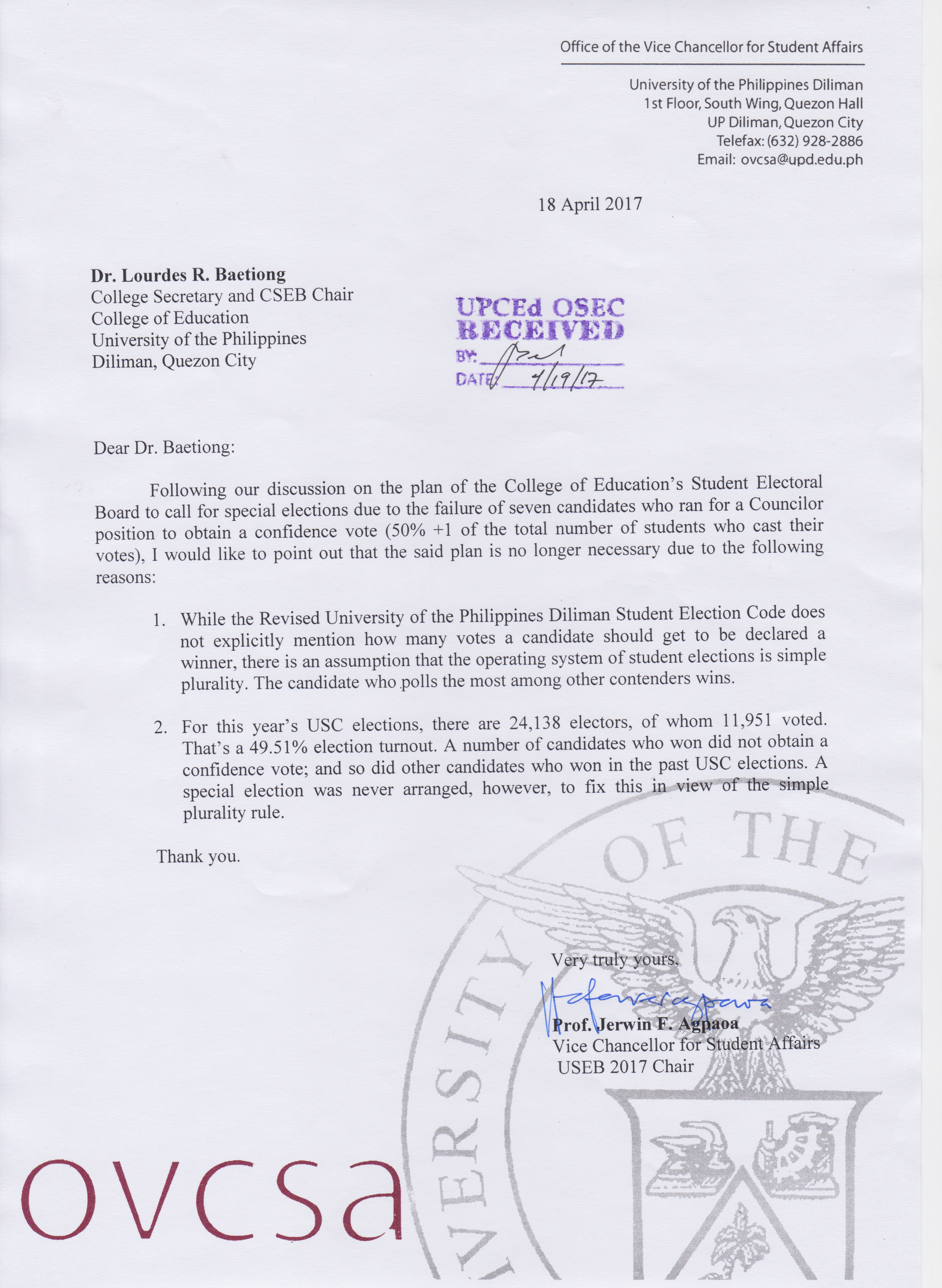