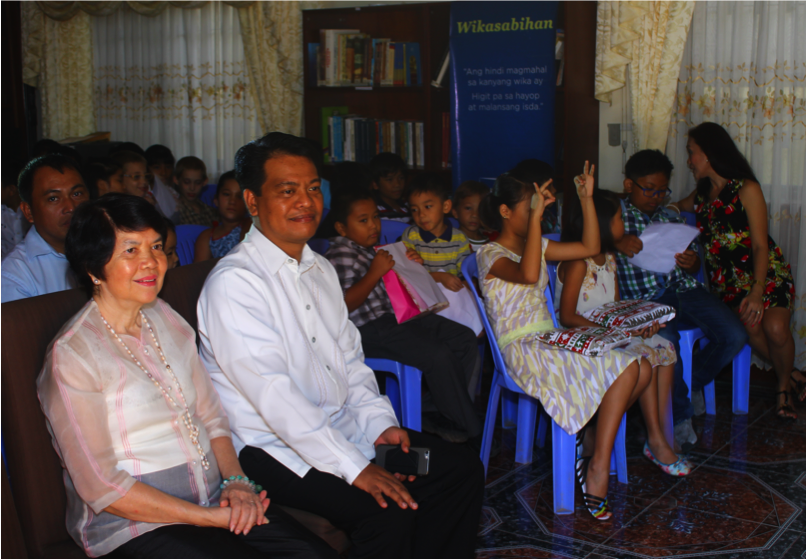 The Moving Up Day for the pilot edition of the Filipino language class for Filipino children at Sentro Rizal Phnom Penh (SRPP) was held last December 5, 2015 with Dr. Rosario Alonzo, Dean of the UP College of Education, as a special guest. This project, which was dubbed “Masayang Matuto ng Wikang Filipino” was launched last August 15 2015 with the support of the National Commission for Culture and the Arts (NCCA).

Dr. Alonzo developed the 15-session module for this project, which was actively participated by more than 20 Filipino children living in Cambodia, with ages from 5 to 14. One participant was David Garcia who travelled over 100 kilometers to Phnom Penh from Svay Rieng province.  The students enjoyed the sessions, which focused not only on the Filipino language but also on Filipino culture through a variety of stories and other fun activities. Among their meaningful experiences were getting to know local songs and savoring the taste of halo-halo, ginatan, turon, pansit and other local delicious food.

In his welcome remarks during the Moving Up Day, Philippine Ambassador Christopher Montero reminded the participants of the importance of preserving the use of Filipino, including regional and local Philippine languages. “The need to learn and speak Filipino is more felt for Filipino children abroad in order for them to better understand and appreciate their cultural heritage and identity.”

In her remarks as a guest speaker, Dean Alonzo asked the youngest participant Serif to read a line from the poem written by Dr. Jose Rizal, “Ang hindì marunong magmahal sa sariling wikà, masahol pa sa hayop at malansang isdâ.” After elucidating the meaning of this, she encouraged the use of the Filipino language and motivated the participants to touch the future by planting seeds of knowledge that would continually flourish.

The event included games such as Pinoy Henyo and Pera o Bayong and singing of local songs in the caroling segment of the program. The project was a success especially with the generous support of Liwayway Cambodia Food Manufacturing Corporation, a Filipino company and makers of Oishi/Rinbee snack food. Everyone is looking forward to the second module of this project. 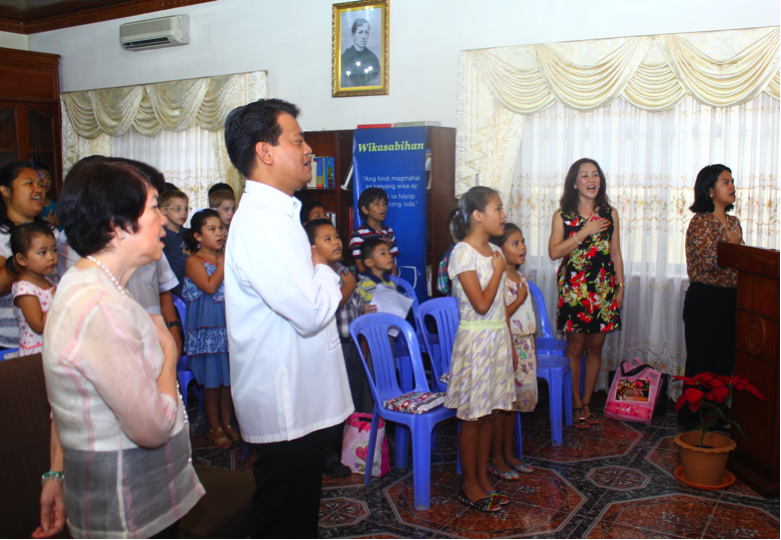