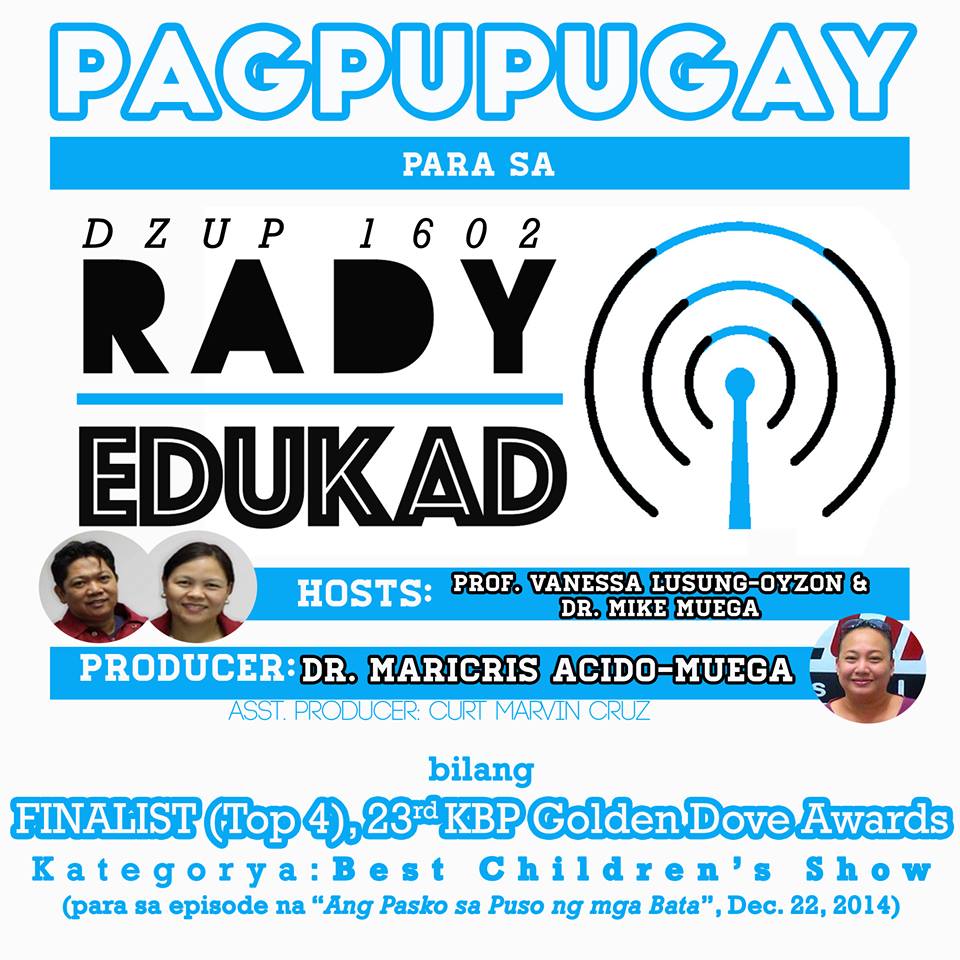 Radyo Edukado, the DZUP (1602 Khz) radio program of the College of Education, University of the Philippines has been recently proclaimed as Finalist (Top 4) for the Best Children’s Program Award at the prestigious 23rd KBP Golden Dove Awards for radio and television. Kapisanan ng mga Brodkasters sa Pilipinas (KBP) President, Mr, Ruperto S. Nicdao, Jr. explains that the KBP Golden Dove Awards are given to recognize the efforts of the “best and brightest in the industry.” These refer to programs that not only inform or entertain but also “inculcate positive values in children, adolescents, and adults.” This is the first time that Radyo Edukado has become a finalist in the Golden Dove Awards. The show was recognized for its December 22, 2014 episode, Ang Pasko sa Puso ng mga Bata, which featured guest children, Mika Acido-Muega, and Pio and Bea Oyzon. The program is produced by Dr. Maricris Acido-Muega, and hosted by College of Education Professors, Dr. Michael Arthus Muega and Prof. Vanessa Lusung-Oyzon. 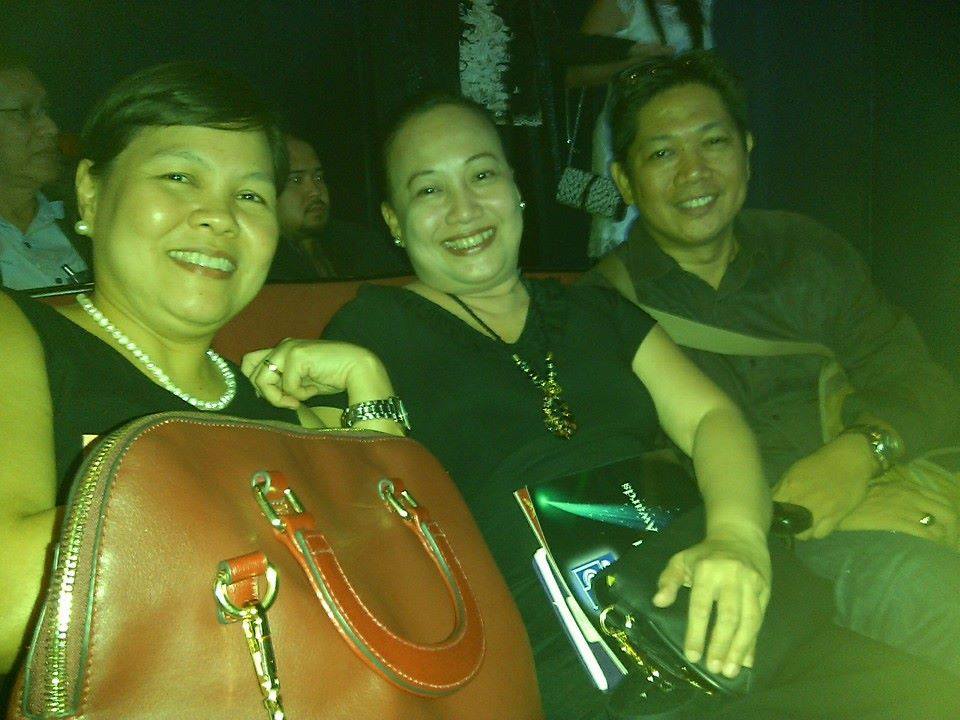 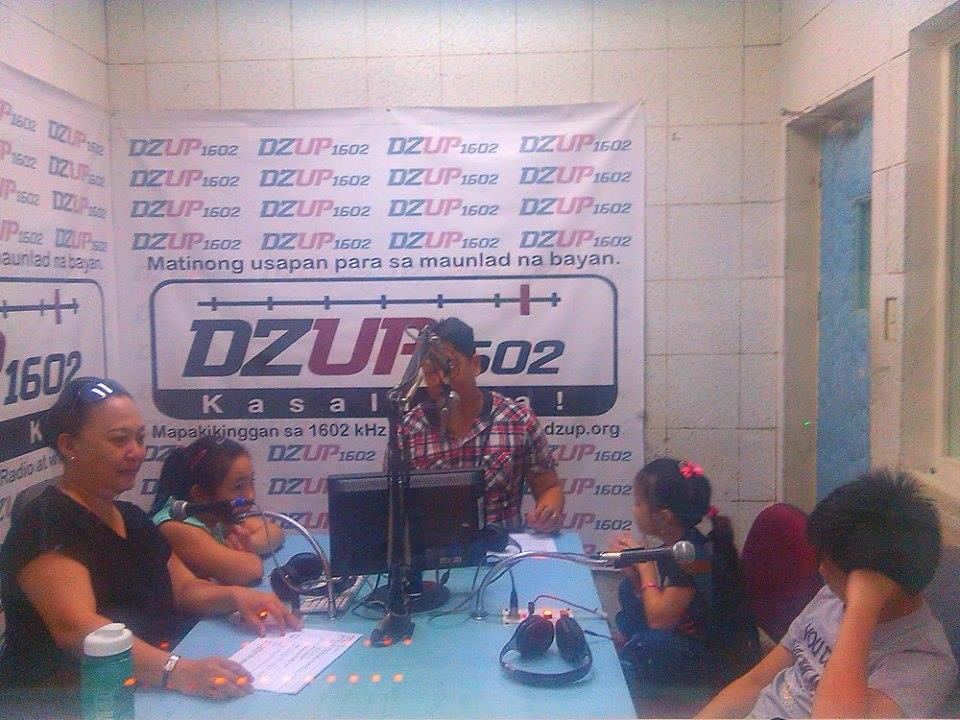